skip to main | skip to sidebar

Dan Feyer Extends Streak To 5 Wins In A Row

Michael Sharp put it best when he tweeted after the ACPT this year.... 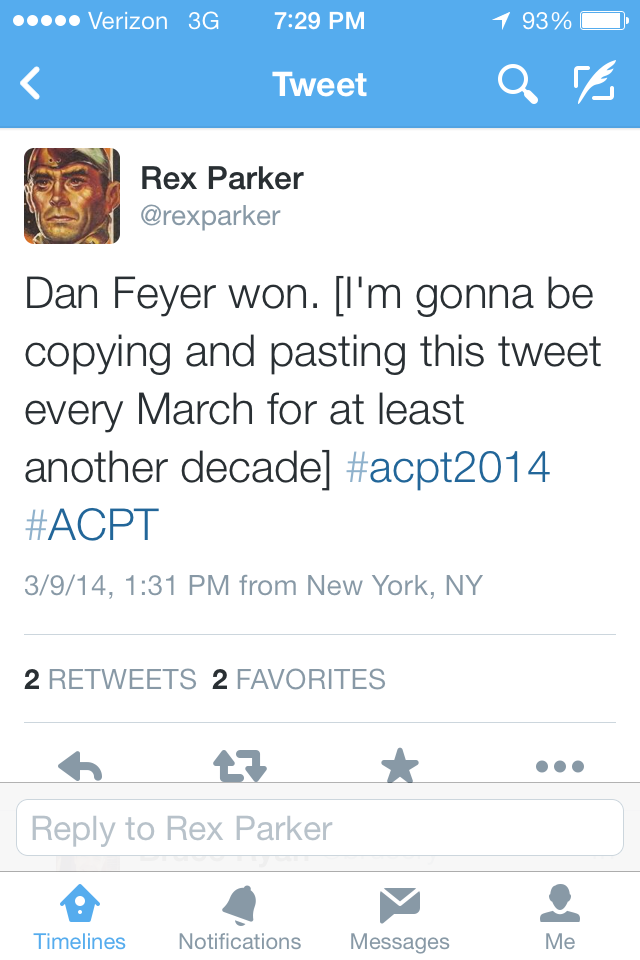 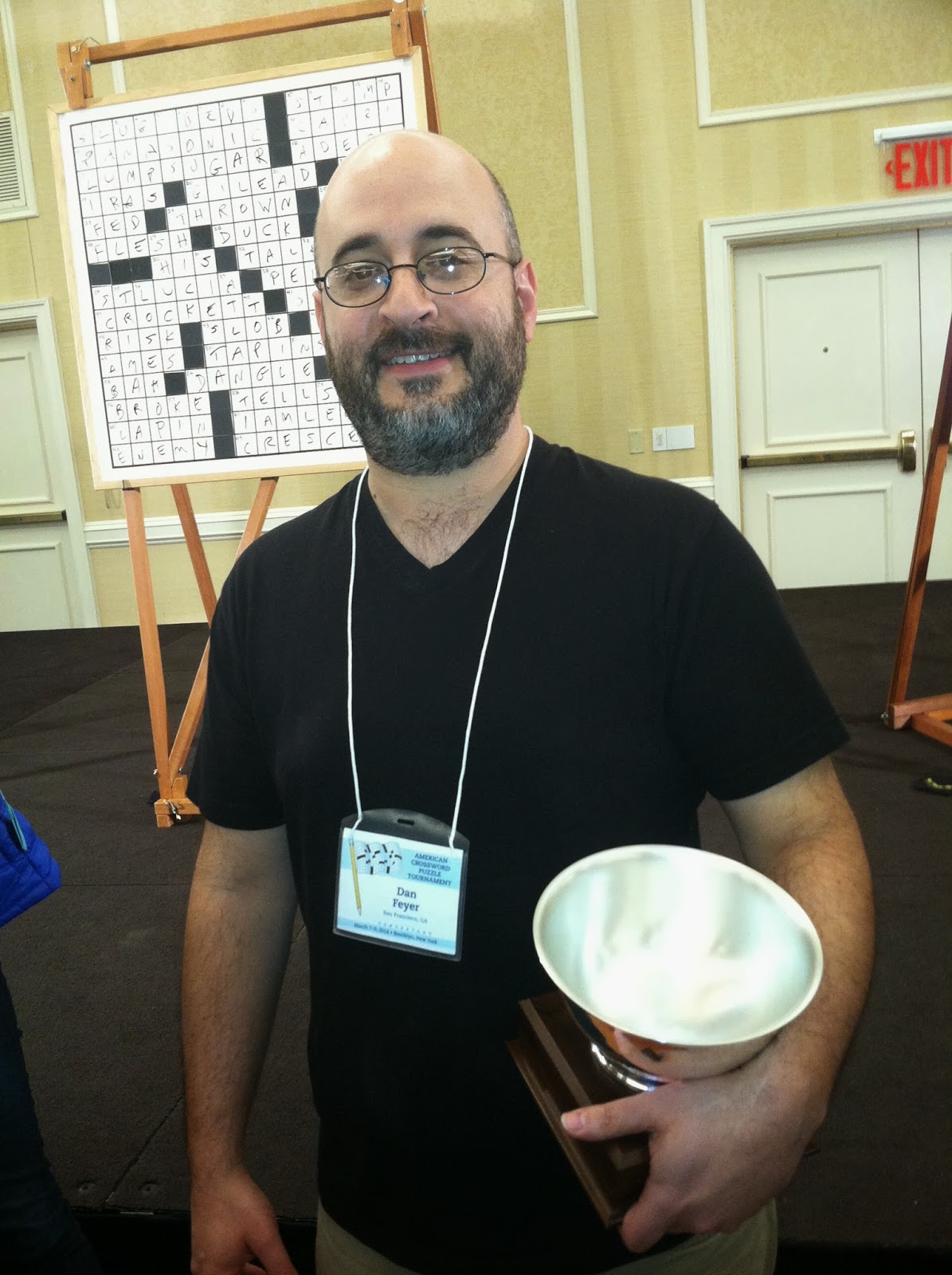 For the fifth year in a row, Dan Feyer was the fastest and smartest solver at the 37th American Crossword Puzzle Tournament, ringing down the curtain on a seven year run at the Brooklyn Bridge Marriott. 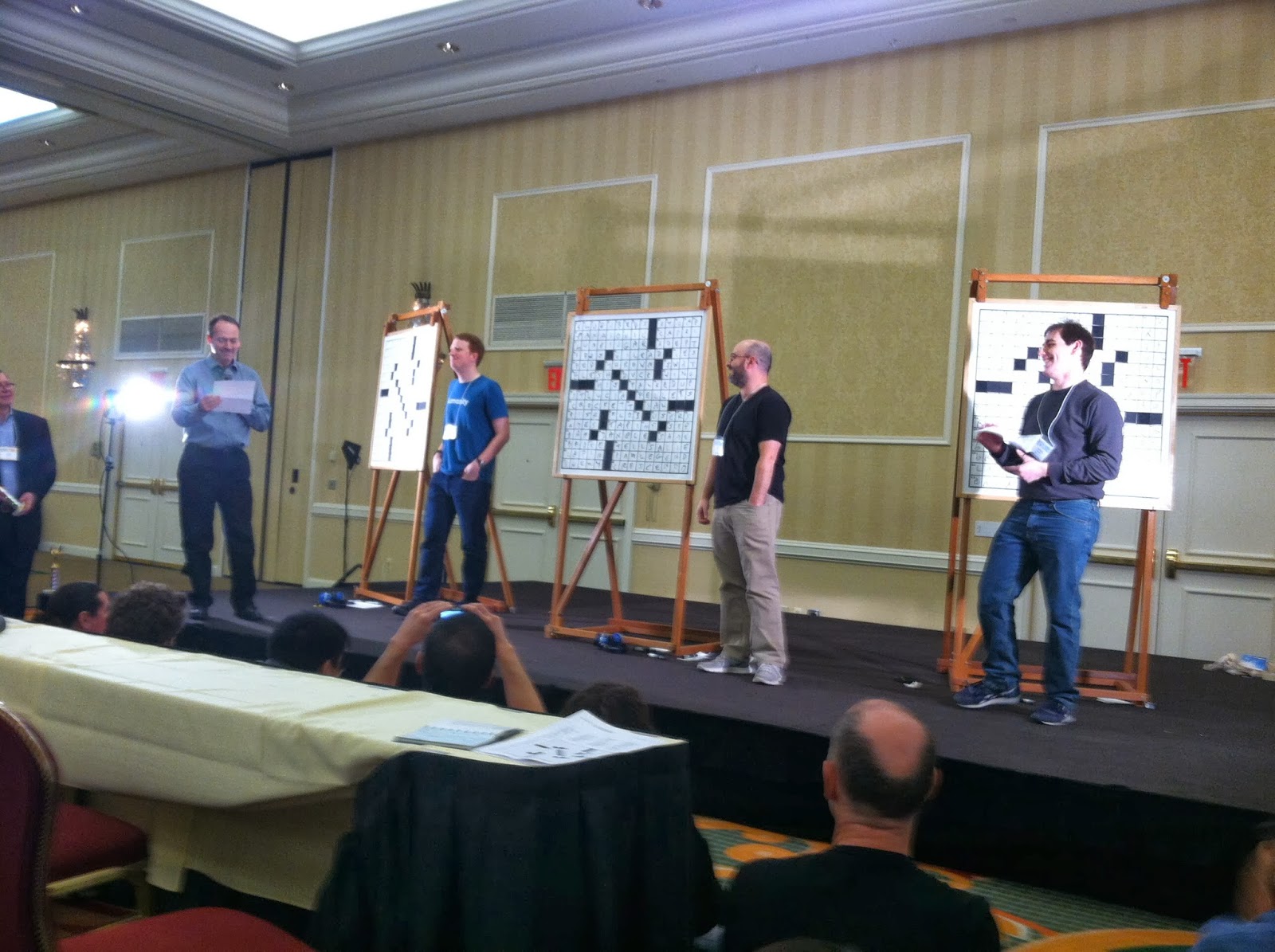 Dan's solve of the Mike Shenk finals puzzle was smooth as anything previously seen by the newly transplanted Californian, handily beating competitors Tyler Hinman (second place) and Howard Barkin (third place). All three solvers were perfect on the final puzzle.

Not so B division.

Benjamin Coe emerged triumphant over Kevan Choset and Andy Kravis, the latter two of whom made the same exact mistake on the puzzle. There's quite a difference between LAO and TAO, isn't there? Oh, WAO.

The handwriting award was noteworthy because for the first time it was won by a man - Jeremy Lin. (No, this guy wasn't the basketball player.)

It was LAD and TAD.

Connect With The Puzzle Brothers!

We want to hear about all local and regional tournaments! Please contact us at puzbros@gmail.com for more information.